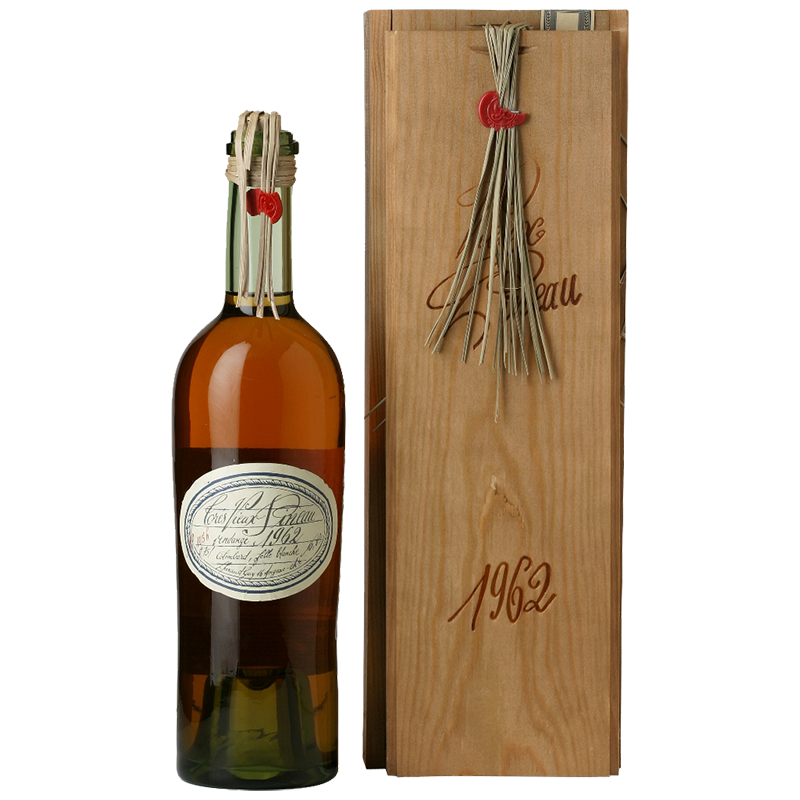 It is a blend of grape juice at the precise moment of the harvest with cognac,

The grape juice used was harvested in 1962 and this is the reason why it is a vintage.

The Pineau des Charentes was then put into French oak barrels and bottled as and when requested.

It has been several generations that each generation of the same family has followed one another on the family vineyard.

But it was not until 1970 that Guy Lhéraud decided to sell his cognacs, which had been in cellars for many years, under his own name.

Faithful to its charter, Premiers Grands Crus has retained only the Cognacs Millésimés Grande Champagne, Premier Cru from the Cognac region.