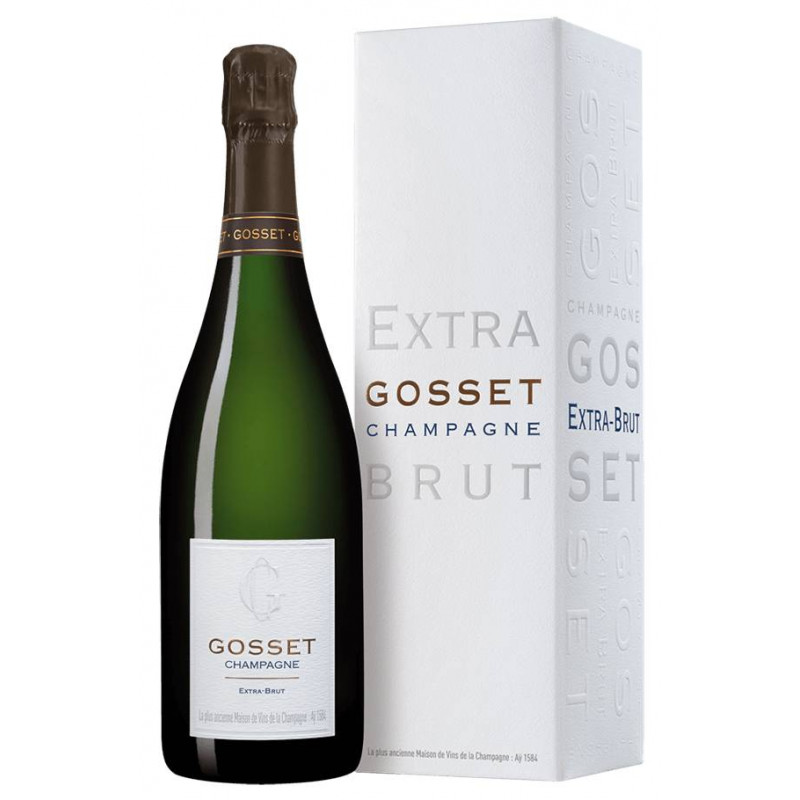 It is an extra-brut champagne made from blends made up of 40% Pinot Noir grape, 32% Pinot Meunier grape and 28% Chardonnay grape.

The color is pale and luminous gold.

On the nose and on the palate: white flowers such as hawthorn or acacia with gourmet notes of pear, vine peach, mirabelle plum and claude. Aging for a minimum of 4 years in the cellar reveals its great aromatic complexity. This champagne of great purity retains liveliness and freshness to balance its gourmet vinosity on the palate.

Food / wine pairing: this is the champagne par excellence for aperitifs and moments to be remembered whatever the occasion. The Gosset Extra-Brut cuvée will go perfectly with small raw vegetables, fresh shrimps or even savory biscuits.

In 1584, Pierre Gosset, who was then Alderman of Aÿ and winemaker, produced still wines, often red, with the harvest of his own vines in Aÿ. It is for this reason that this House is the oldest Champagne House.

At that time, the wines of A like the wines of Burgundy fought for the place at the table of the Kings of France. Both were made from Pinot Noir and Chardonnay.

Later, in the 18th century, only Aÿ wine, called Champagne at the end of the 19th century, became effervescent.