For almost 5 centuries, the Philipponnat family has left its mark on the Champagne region. They succeeded one another on the lands of Aÿ, cradle of the family since Apvril Le Philipponnat, vineyard owner in the locality « Le Leon », between Aÿ and Dizy since 1522.

In the 16th century, the family’s ancestors were wine-growers and wine-merchants, suppliers for Louis XIV, Magistrates, and Maîtres Royaux of the City of Aÿ, which was under direct control of the Crown according to the charter of Henry IV, King of France, who was referred to primarily as Sieur d’Aÿ, among all his other titles.

The Philipponnat House also possesses a unique vineyard in the region: the Clos des Goisses, a 5 hectares hillside with a slope of 45 degrees that gives it its name (goisse in champenois refers to a very steep hillside), extremely rich in pure chalk, thus providing olfactory and gustative strength due to its very unique soil.

Truthful to its charter, Premiers Grands Crus only upheld from this famous House of Champagne the ones that were either classified Premier Cru or Grand Cru. 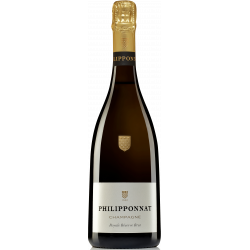 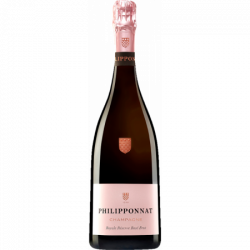