The origin of Maison Bollinger is Athanase de Villermont (born in Cuis in 1763 and died in Aÿ in 1840), a naval officer in the French army who distinguished himself during the War of Independence of the States United in particular at the Battle of Chesapeake on April 29, 1781.

If the family is still the owner, the Maison is now run for the first time in its history by a foreigner, Jérôme Philippon, a talented manager with a brilliant professional past.

The Maison Bollinger in constant quest, and for almost two centuries, of excellences is one of the last Houses to keep a cooper permanently. Day after day, he maintains the park of 3,500 barrels, some of which are over 100 years old. A know-how that the House is committed to perpetuating. 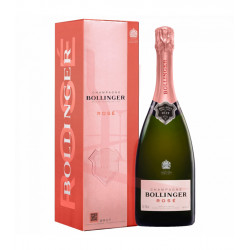