Created in Cumières in 1872 by Lucien Leclerc, the Domaine moved to Epernay in 1955 in its current premises on Chemin de la Chaude Ruelle. It was during this same period that, under the action of Bertrand Leclerc, great-grandson of the founder, and his wife Jacqueline Briant, the Estate became Maison de Négoce, and took the name of Leclerc Briant. In 1980, Pascal Leclerc succeeded his parents and continued their work.

In 2012, the takeover of Leclerc Briant by Mark Nunnelly and Denise Dupré saved the House from oblivion. This American couple is passionate about the French art of living and falls in love with this nonconformist House. They are joined by Frédéric Zeimett, native of Champagne, who since then has led the House always to the marches of the codes of Champagne, at the service of the expression of a unique style today internationally recognized. 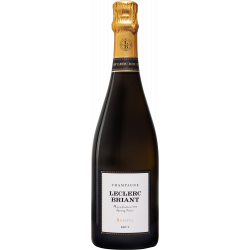