Cognac Normandin-Mercier is an old 18th century house nestled in the Saintonge countryside surrounded by cellars where the treasures of this House sleep from the Second French Empire under Napoleon III.

Created in 1872, it is today a fifth generation which watches over this heritage passed down for a long time, hidden not far from La Rochelle, "the rebellious city" with its seat by Louis XIII and Richelieu, port at the origin of the first shipments of wines then later in the 17th century, eaux-de-vie distilled in its hinterland called Cognac from the middle of the 19th century. 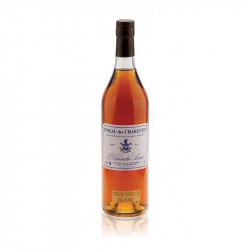