It was in 1729 that Nicolas Ruinart founded the House that bears his name. It is the foundation of the first of Champagne at the very beginning of the 18th century, this Age of Enlightenment where the Court of France shines throughout the world known and recognized for its art of living and also its knowledge of wines initiated by the King Louis XIV, an admirer among others of Tokaj wines from Hungary.

Nicolas Ruinart is the son of a Drapier from the Champagne region, where the famous Troyes Fair is held, crossroads of all shops including that of A celui wines, which will be called later in the 19th century. Champagne wine.

He is also the nephew of Dom Thierry Ruinart, Benedictine monk, born in 1657 and died in 1709 in the Abbey of Hautvillers in Champagne, where he was initiated and discovered with Dom Pérignon the secrets of Champagnisation.

Dom Ruinart, from the Nobility, is a visionary, an author, a scholar who also worked alongside Dom Mabillon in the Abbey of Saint Germain des Prés. Dom Ruinard is close to the Court, to his social life and to his crazes and his art of living. From there to pass on his erudition and his intuitions for Champagne wine to his nephew, all that was needed was to invite Nicolas Ruinard to found his House. 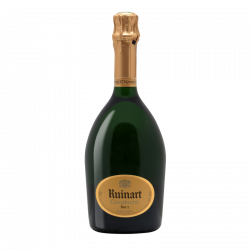